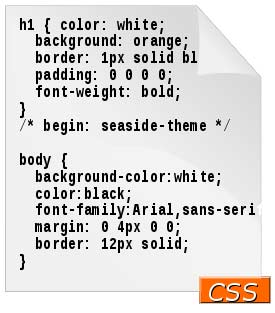 Many a times, any CSS developer would have felt that s/he is using repeated property values in a CSS stylesheet, for instance to make sure semantically different elements in a web page have a similar rendering and user experience. CSS does offer a way to group styles using groups of selectors, but we tend to neglect it more because of the fact that it’s difficult to maintain, decreases readability and of course semantically distinct elements rarely share all style rules.
CSS Variables Note names David Hyatt of Apple as one of the author, the other is Daniel Glazman of Disruptive Innovations. We might see a early implementation of CSS Variables in a future version of Safari!
The CSS Variables Definition
CSS Variables should be defined in an @variables at-rule. An @variable at-rule is composed of the “

Add web 3.0 to your Homescreen!